All in the Family

Both my parents are now gone and we recently sold their home.  This past week my brothers and I gathered to go through boxes of family pictures that one brother had been storing in his garage.  I found this picture of a lithe and lovely flapper bathing beauty, my maternal grandmother, Sarah, after whom I am named. 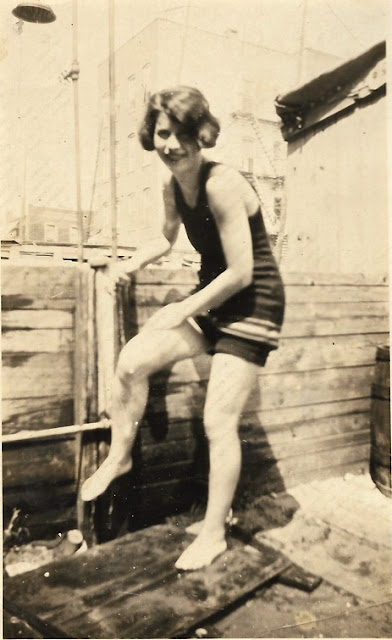 Here is Sarah (in the middle) posing with two other bathing belles. 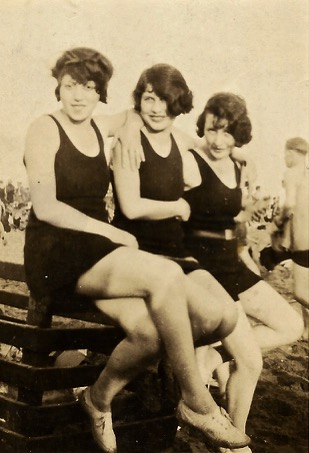 The photographs were not dated, but I certainly think they predate my mother, who was born in 1932.  Looking at the fabulous fashions flaunted by Sarah and her friends in another photo appearing on the same album page, I am guessing the late 1920s.  Sarah worked as a milliner in New York City, so always had an interest in fashion (and it shows).  She was also an organizer for the United Hatters, Cap, and Millinery Workers International Union.  My mother told me that there was a picture of her when she was just a tiny girl holding a sign reading "Chic Hats is Unfair."  I wish I had found that one as well! 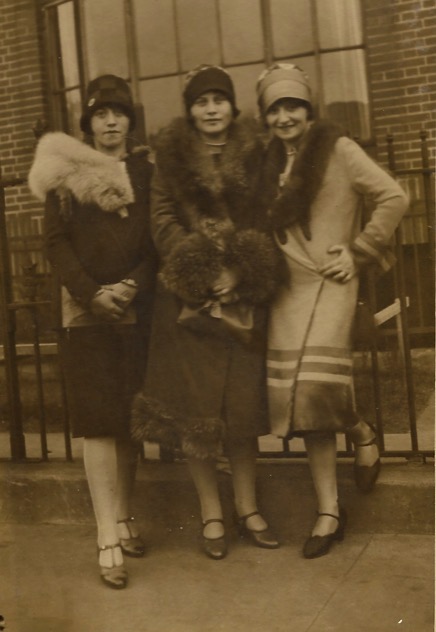 Each of the long-legged lasses in this unusual set comes with her own wooden chair.  They are molded in sitting positions, and the two ladies on the ends seem somewhat scandalized by the rather unladylike pose of the middle miss!  Each lounging lady is of sharp precolored bisque and is dressed in her original net and ribbon outfit.  Although any marks on the bisque beauties are hidden by their clothing, the bottom of each chair is faintly stamped "Germany." The ladies each measure approximately 3 inches long and 2.25 inches tall. 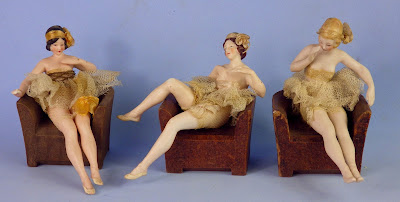 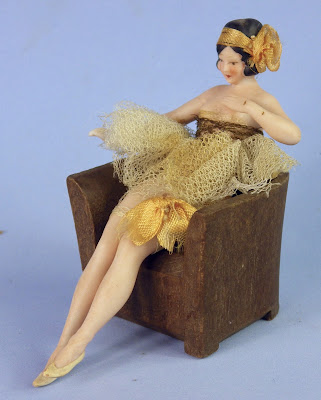 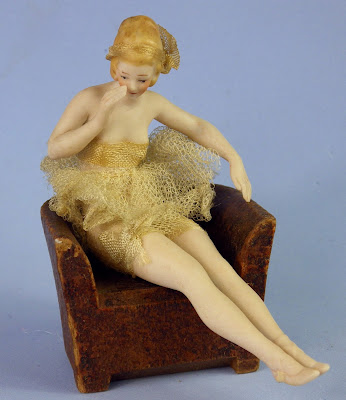 and a rather imprudent brunette. 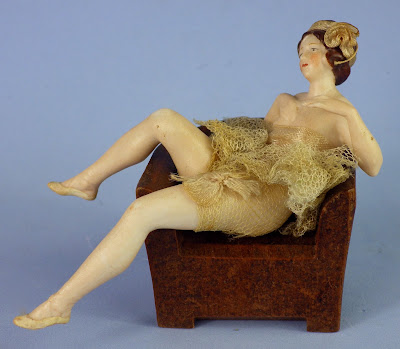