This elegant Edwardian is all original, from the top of her jaunty chapeau to the bottom of her velvet-covered box base (except for the antique paper rose I added to hide some damage to her left fingertips).  Twelve inches tall, she has a bisque head and limbs on an armature body. 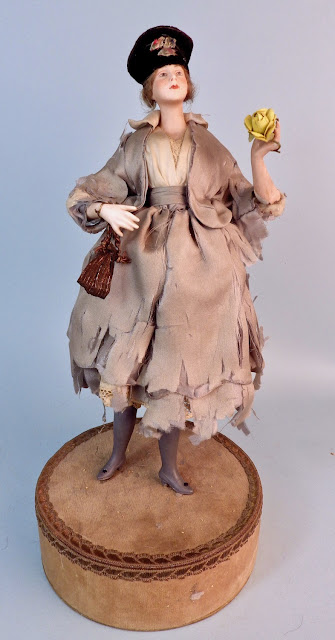 Although there are no visible marks, the modeling and decoration of her face (especially the feathered eyebrows) recalls the lovely ladies made by Dressel, Kister, and Company.  The large expressive hands are also typical of Dressel. 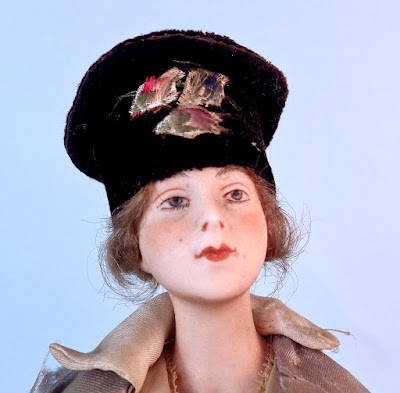 Her feet are tacked to the box lid with little nails, which are cleverly disguised as shoe buckles. 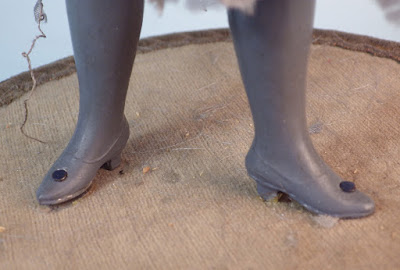 Her base is actually a box, that may have once held some sweet treats or treasured trinket. 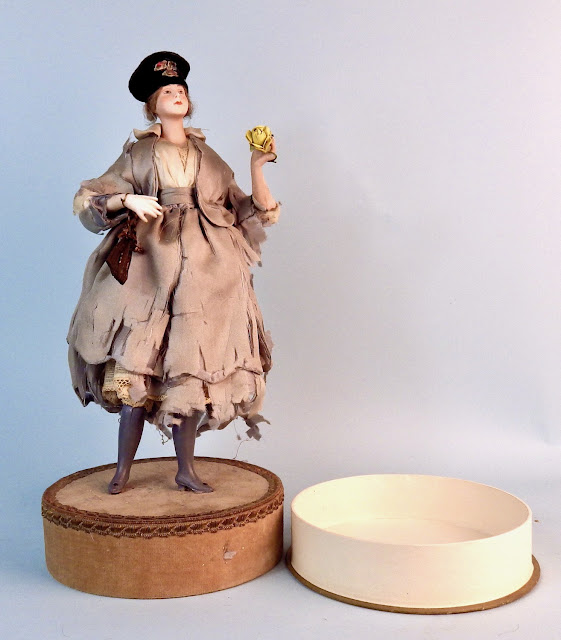 Her outfit would be the epitome of fashion in the late 1910s, with the unusual mushroom-shaped hat fitted low over the eyebrows, short jacket with a wide collar, high waist, and a full skirt, such as pictured in this fashion plate from 1917. 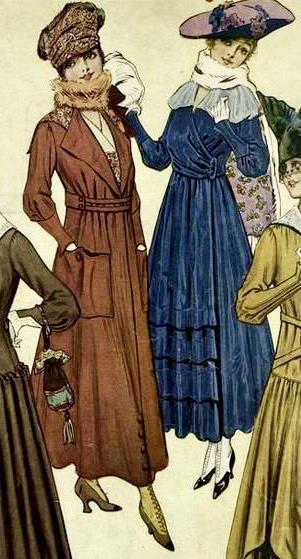 She may be a rare fashion doll dressed by Mademoiselle E. Victoria Riera, who created exquisitely costumed dolls in France in the early 1900s.  Riera is first mentioned in the French magazine Femina in 1908 as the winner of a doll dressing contest for three little ladies she garbed in detailed historical costumes.  Her dolls had bisque heads and limbs, which Riera bought from other manufacturers, and wore beautifully tailored hand-sewn costumes representing historical eras, regional folk dress, or contemporary fashion.  Her dolls were posed on velvet bases, often, but not always, with a label carrying Riera's name and the year.  These dolls were luxury items, exhibited at museums and high-end fashionable stores. Riera continued to dress dolls through the 1910s, including taking part in exhibitions to help raise funds for the French war effort.  This 12-inch fashion lady auctioned by Theriault's has an identical bisque head to my belle on a box, the same unusual feet with the nail buckles, and a similar velvet-covered base. Theriault's attributed her to Riera. 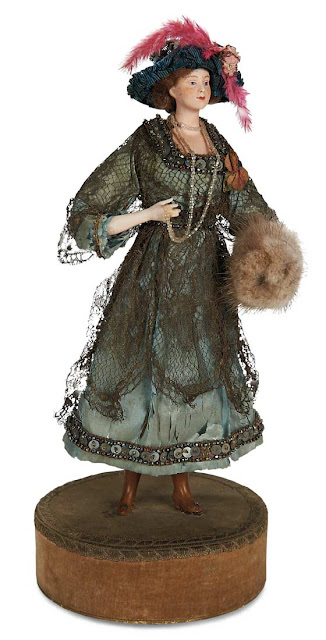 This nubile nude leaning against a big bright beach ball is unmarked, but has the amber painted eyes with sultry gray shadowing typical of bathing beauties and half dolls of the German firm of Fasold and Stauch.  Of excellent china, this belle of the ball is 5.5 inches long. 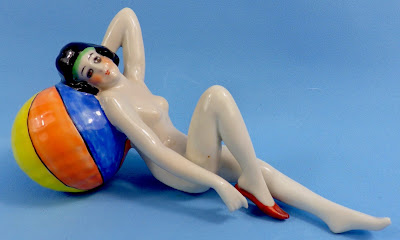 A close up of her face, showing the typical Fasold eyes. 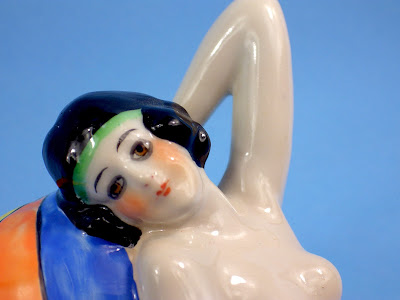