The image of a handsome beach beau courting a beauteous bathing belle who is seated in a wicker beach chair has appeared before on this blog. Of cold-painted bronze, this well-detailed statuette is just 4 inches tall.  The scene starts out innocently enough, with the man appearing to introduce himself with a gentlemanly bow. . . 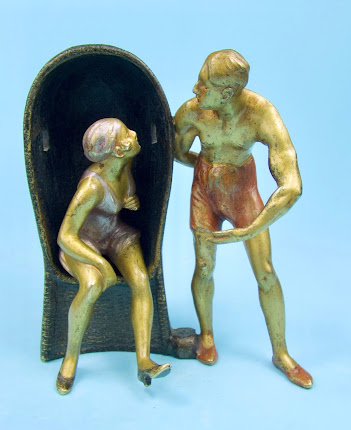 However, the object of his attention and affection is not fastened to her beach chair. Turn her over, and it is revealed that the bottom of her bathing suit is unfastened as well. 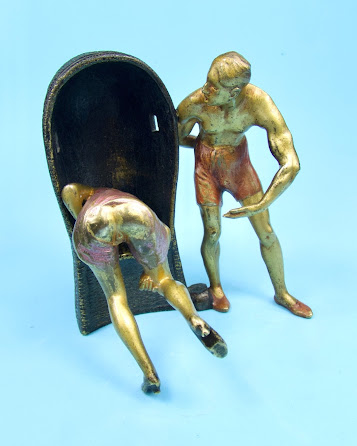 The figures are cast in poses that allow them to be placed in some pretty prurient positions. 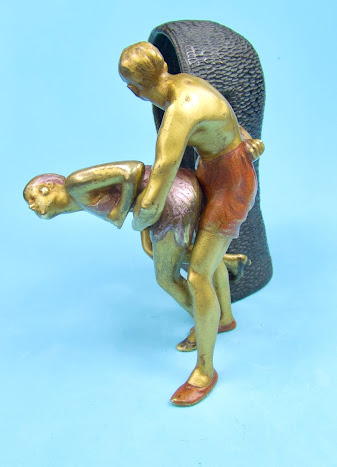 Posing provocatively on her pillow, this extraordinarily lovely lady is by my favorite maker of bathing belles and nubile nudes, A. W. Fr. Kister. She is from the company's series of languid beauties cast in creamy white bisque, carefully highlighted with subtle washes of pale golden-yellow, giving the impression of a sculpture carved in ivory or marble. She displays the superb realistic sculpting, graceful pose, and expressive features typical of Kister.  Of the finest bisque, this figurine is 5.25 inches long and 3.5 inches high. 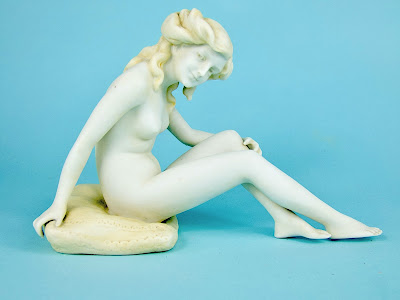 Under the cushion, the piece is incised with the cross-hatched "S" of Kister and "11281." 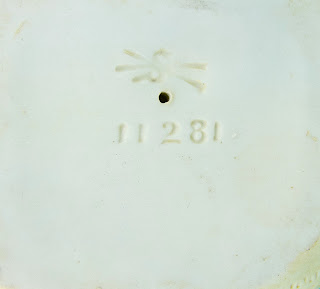 Here she appears in the company catalog. Note that the item number is identical to the incised numeral on the figurine.