This exotic dancer poses prettily on a oriental rug in the center of a onyx ashtray.  However, this nuatch dancer has a naughty secret. . . . 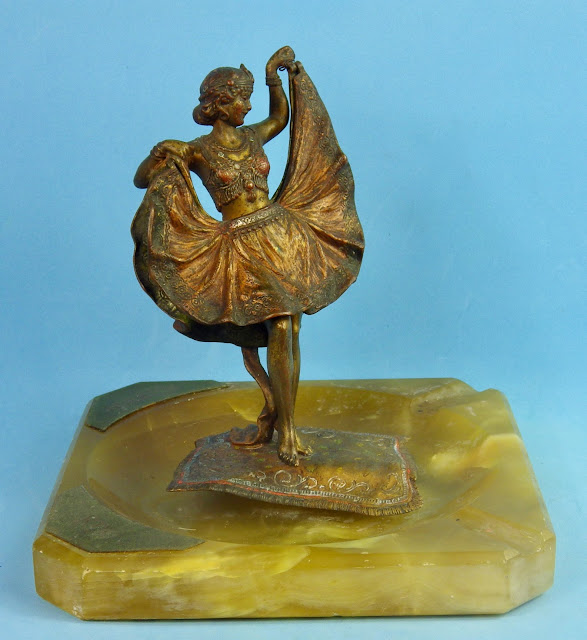 as her hinged skirt lifts up the in front, unveiling her (literally and figurally).  Of detailed bronze, cold-painted in subtle colors, this harem dancer is 6.25 inches tall.  Two corners of the 7-inch wide ashtray have gilt metal plaques engraved with the names “MORTON” and “KIKI.” 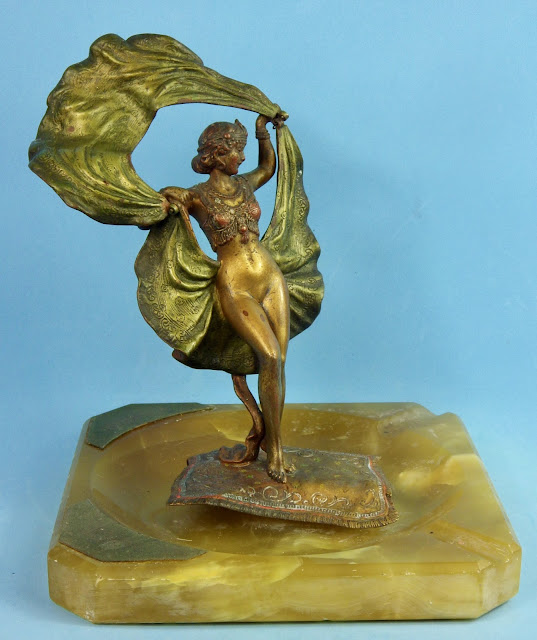 As in the real world, true red-headed bathing beauties are uncommon, especially when they are as stunning as this copper-tressed cutie.  Of excellent flawless bisque, this femme with flame-colored locks is 4.5 inches tall and 4 inches wide.  Beautifully modeled from her slender curves to her lithe limbs, she is faintly stamped “Bavaria” in black under her right thigh, a mark typical of the German firm of William Goebel, and is incised under her hips “801 C2.” 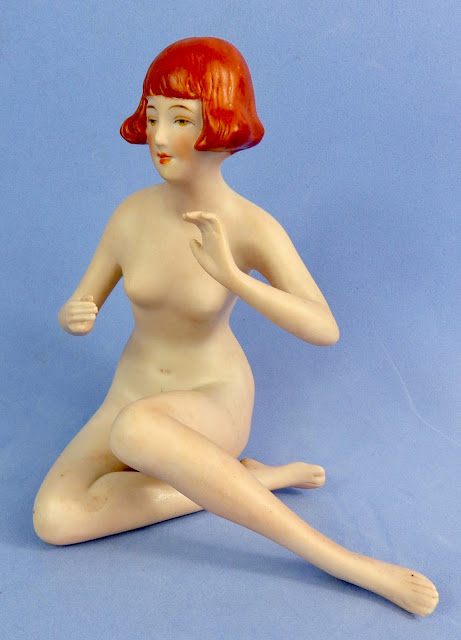 A close up of this gorgeous ginger gal's lovely face with unusual amber-colored eyes. 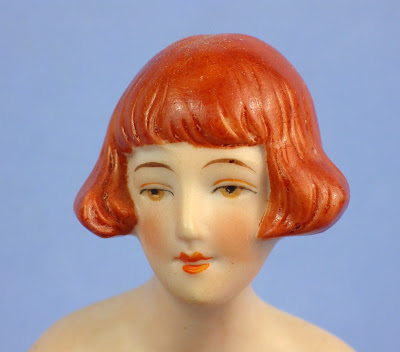