Previously on this blog, I posted about this bisque version of those naughty, bawdy, blonde, and buxom Barrison Sisters made by the German company of H. Hutschenreuther Porzellanfabrik (the figurine, not the sisters, although if tales of the time are correct, these maidens were most certainly on the make). 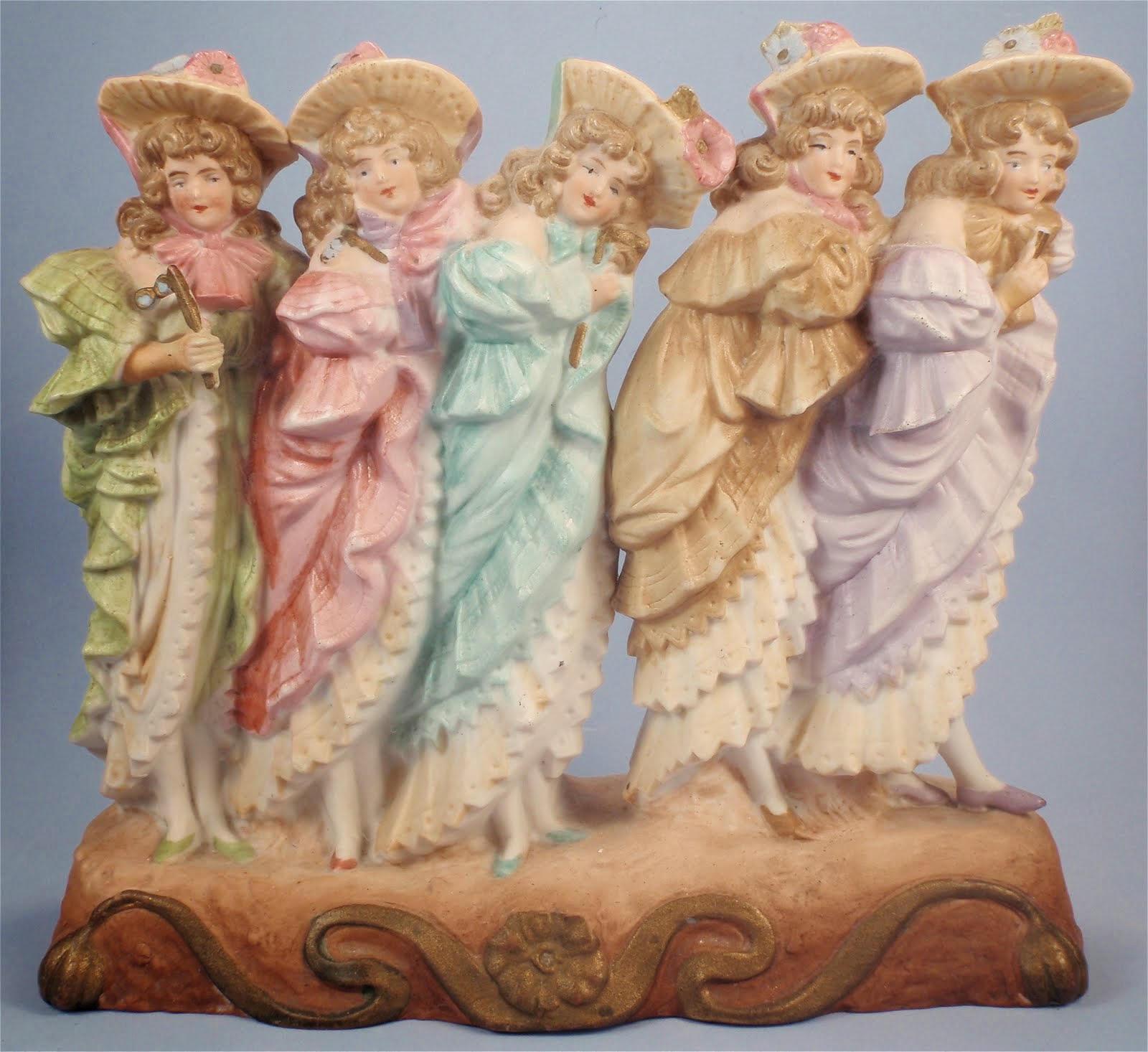 Hutschenreuther was certainly "inspired" (a nice way of saying that the sisters probably didn't see a cent from this use of their image) by this publicity photo of the infamous five in costume for the stage, each playfully holding an elegant lorgnette. 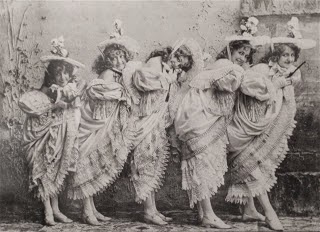 Although only featuring four femmes, rather than five, this 7 inch tall bisque figurine also undoubtedly sought to cash in on the sisters' vast, but brief, popularity in the 1890s.  Marked only with a freehand "16" in black under the base, the figurine is  of far finer in quality than the Hutschenreuther piece.  Who made this beautiful bisque tribute to the Barrisons is a mystery, as is the whereabouts of the missing fifth sister.  Perhaps she had to go and attend to her pussy. 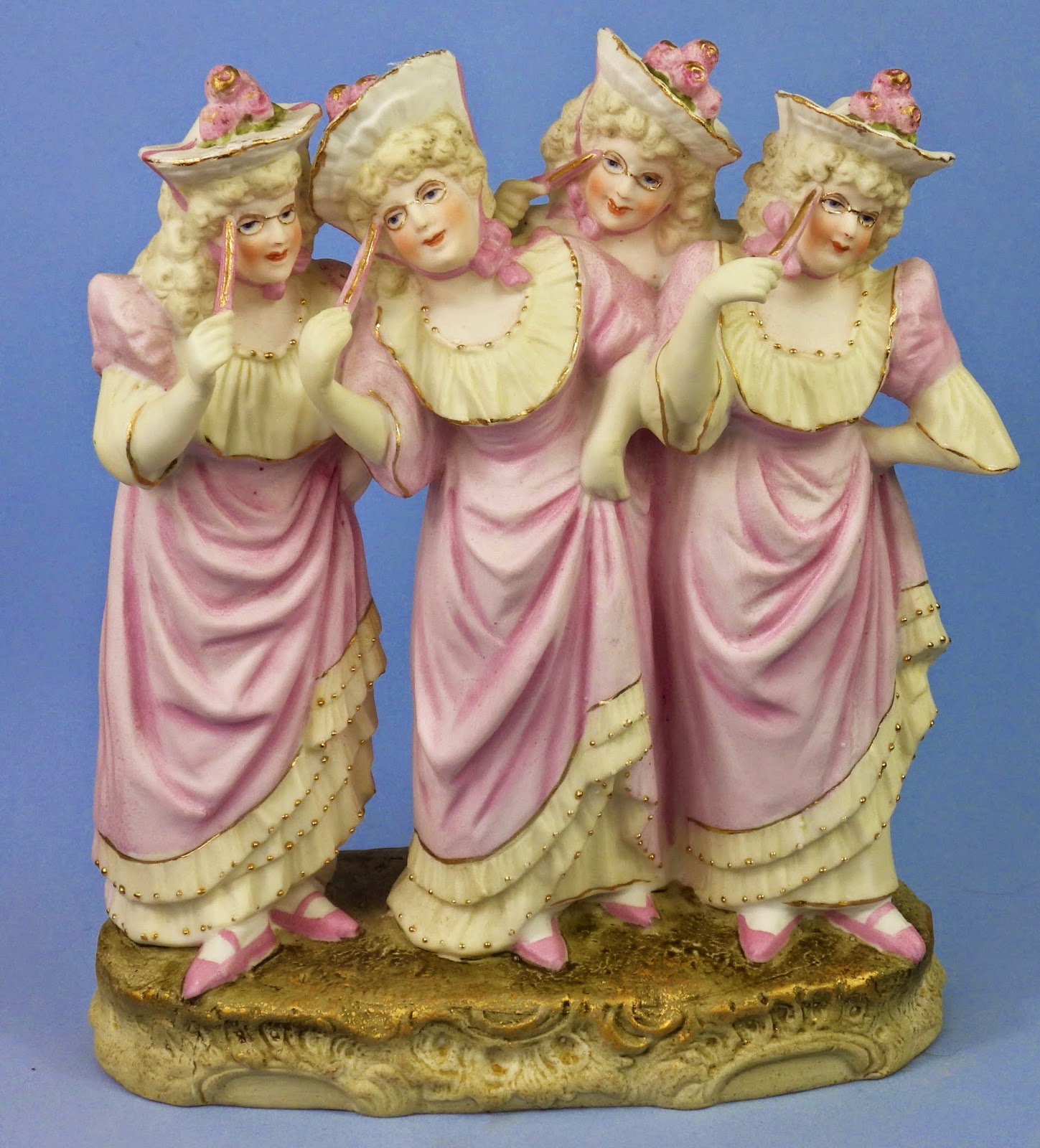