Getting Into the Swim

In 1878, Elie Martin, patented a mechanical "poupee nageuse" (swimming doll), marketed as Miss Ondine. The doll must have been popular, as she was produced in some form until the early 1900s. While the limber lady pictured below has cupped metal hands and wooden arms and legs, other versions have hands that are jointed at the wrist, as well as hands with separate fingers. She can also be found in a variety of sizes.  This example is 15 inches long. I don't know if her bathing suit is original, but it is old and looks authentic. I have seen Ondines dressed in similar material and style. 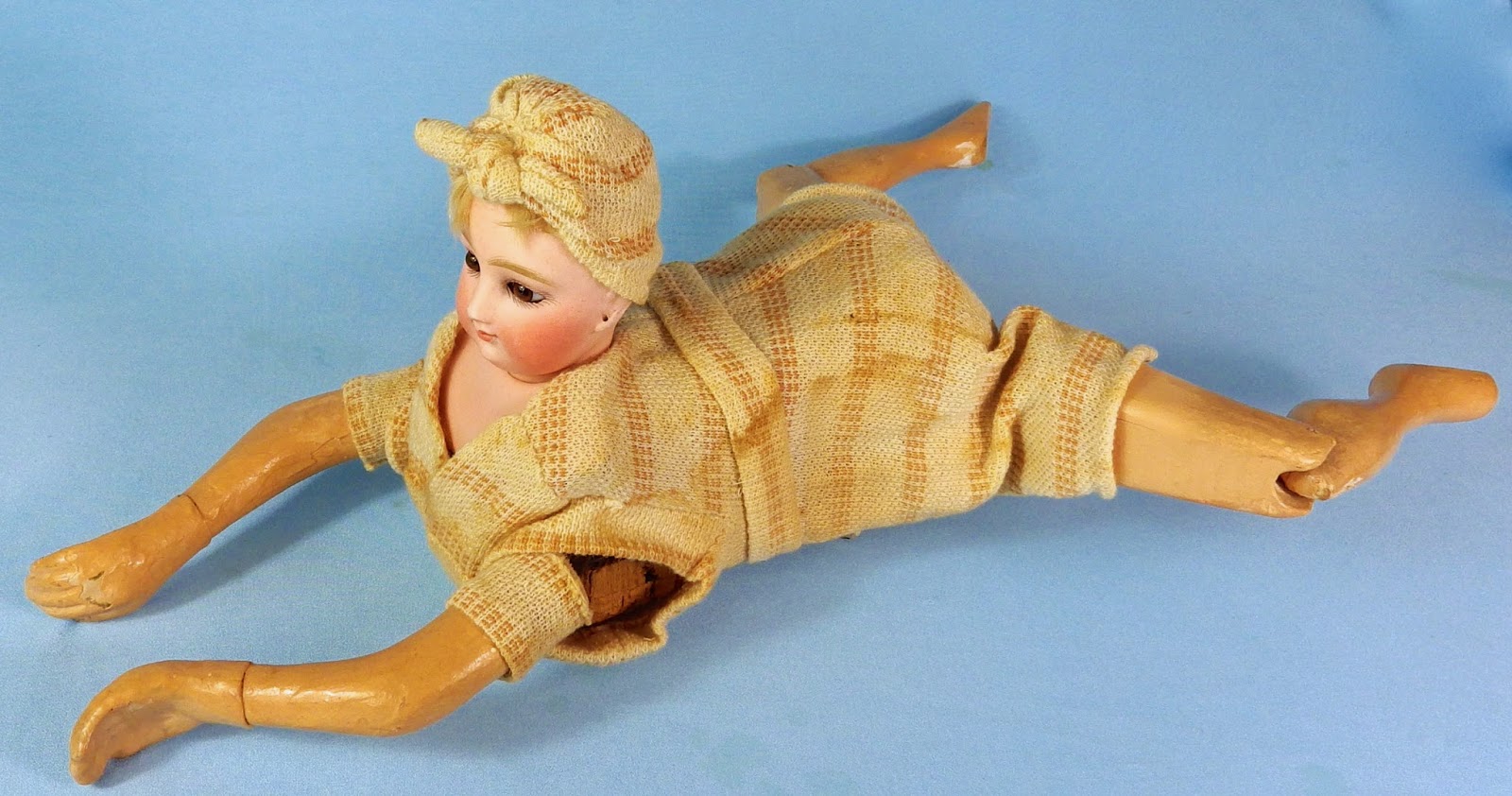 She has a key underneath and, when wound, swims the breaststroke, stroking with her arms and kicking her legs in a rather frog-like manner.   The cork body is supposed to be waterproof so that she would float in water (but I am not going to try it!).  Although her swimsuit is somewhat stained and frayed and her arms and legs have expected wear and touch-ups, her mechanism works wonderfully after all these decades, a testament to Martin's craftsmanship. 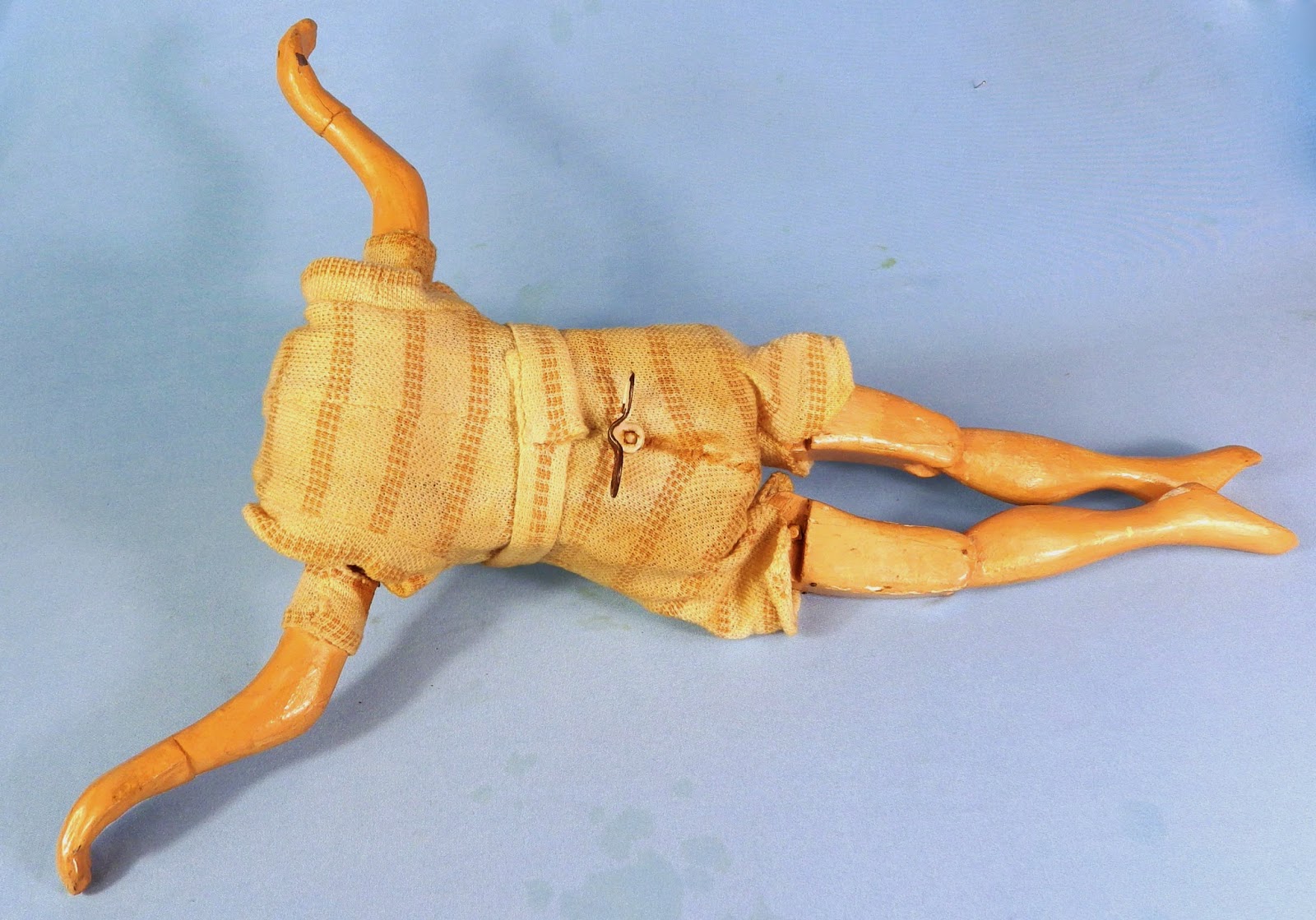 This beautiful bather is unusual because she has a bisque breastplate and a rather fetching décolleté;  in other examples I have seen, the head was mounted on a cork and the bathing suit sewn shut around the neck. The plate is not simply a shoulder plate that was cut in half, but was clearly molded this way, as all the edges are finished.  The lady has a cork pate and is only marked "2" on the back of her head.  While some versions have French bisque heads, Miss Ondine is most commonly found (not that she is common!) with a Simon and Halbig head, mold #1079. Later or cheaper models had bisque heads from lesser German companies or celluloid heads. 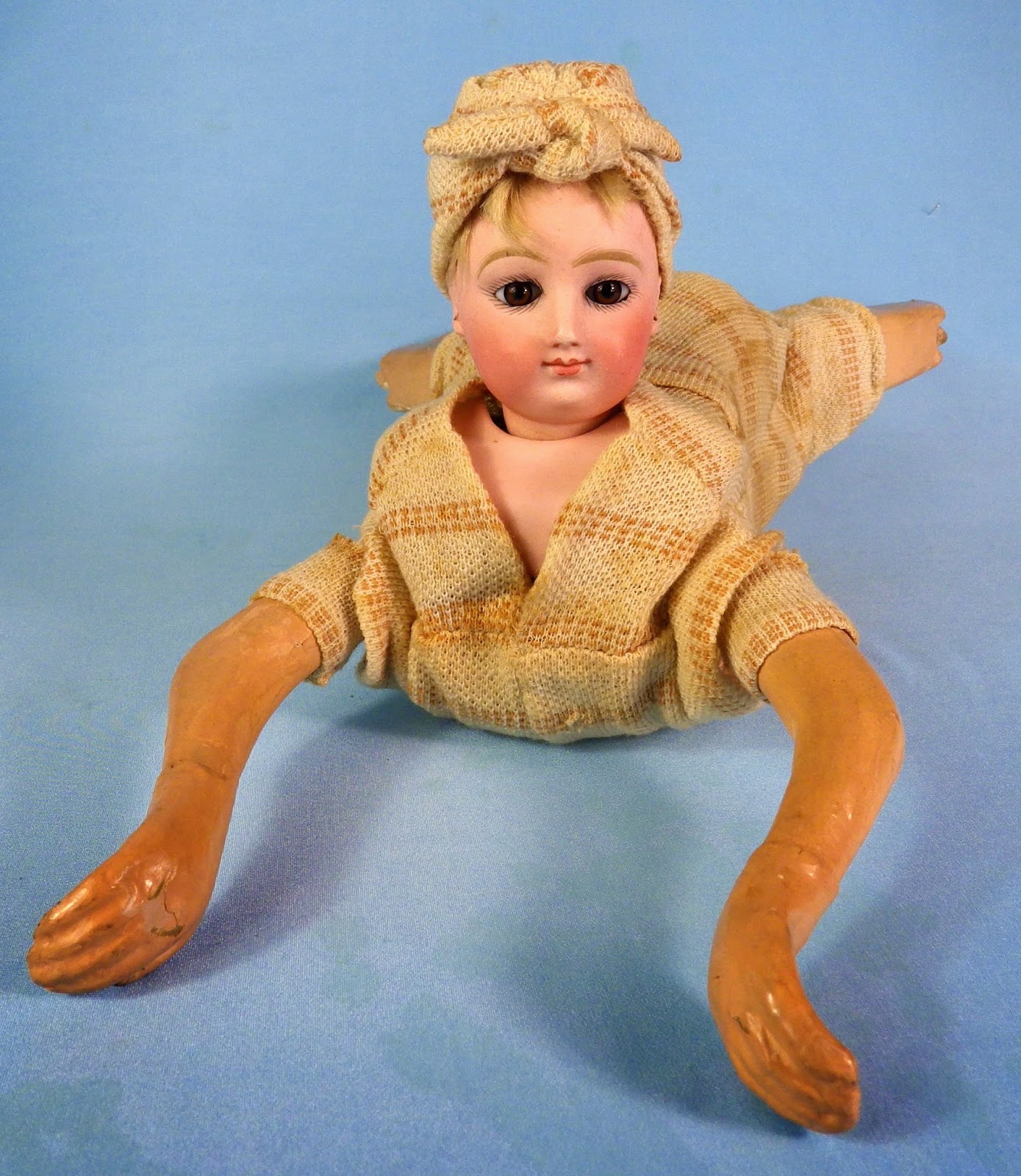