Previously, this blog featured a lovely Edwardian lady who appeared to be preparing to puff a cigarette, a suggestive and shocking habit for a woman of the 1910s.  This posts features her male companion, a dandy garbed in Edwardian elegance from his top hat to his slender shoes.  He actually has a hole between his lips for a small novelty toy cigarette; I did dare to light it, but was unable to capture any of the resulting small smoke rings with my camera. There is also a hole through his left hand, suggesting that he once may have held a slender walking stick.  Like his female counterpart, this gentlemen is of sharp white bisque and is superbly modeled.  He is 9 inches tall and unmarked.  An identical figurine appeared in Theriault's 2001 auction of the archives of the former Hertwig and Company showroom. 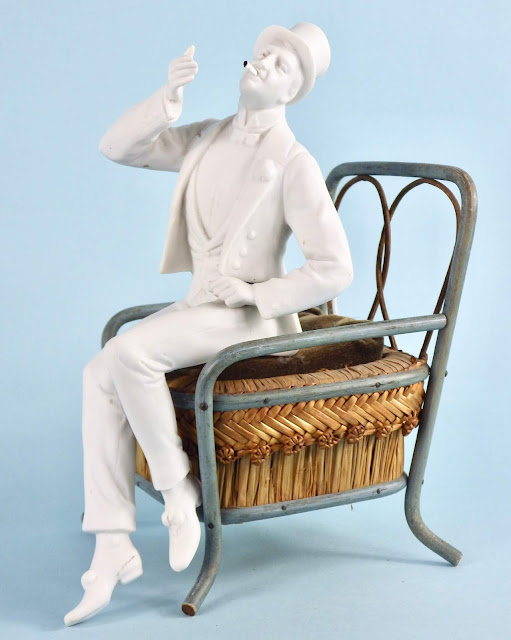 A close up of his handsome face demonstrates the fine molded details. 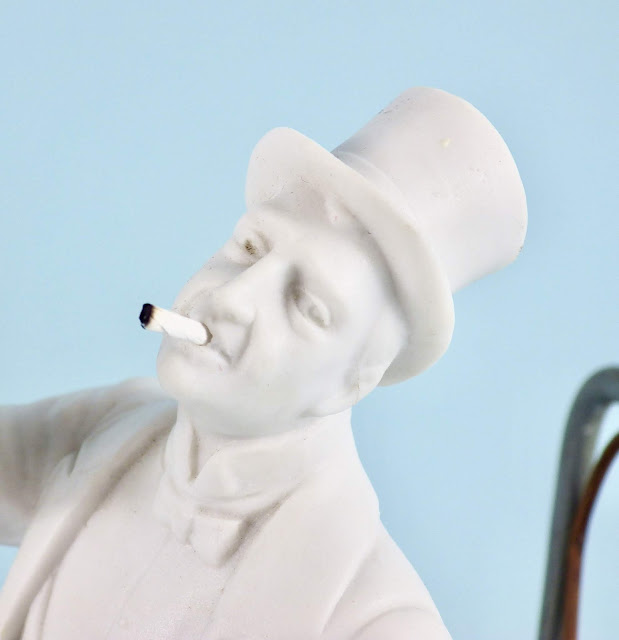