In this bronze figurine, a shy bathing belle peeks out of her beach cabana, demurely clutching the curtains closed so that all we see is her sweetly-smiling face and dainty slippered feet.  But press down on the button atop her tent. . . .

and you are treated to a whole other side of her personality. Pulling out the button on the left side of the changing hut restores her modesty by flipping the bare beauty back to her original position. 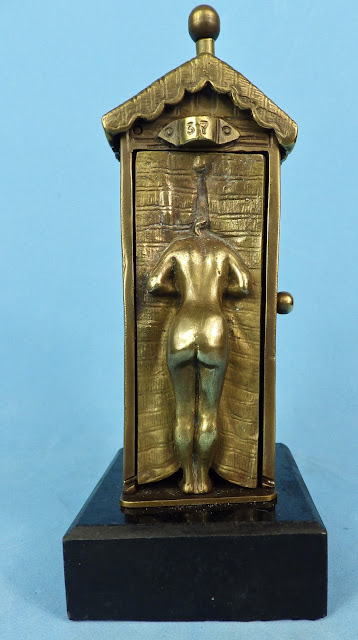