These are authentic antique all-bisque German googly dolls. The boy and girl on each end are incised "292," the blond boy is unmarked, and the girl with the jointed knees and elbows is incised "111." She is the only one with sleep eyes, but also is the only one with a stiff neck.  Note while they all have big, appealing googly glass eyes, the eyes are still in proportion with their chubby cherubic faces.  They all have pudgy toddler bodies and molded socks with Mary Jane shoes. 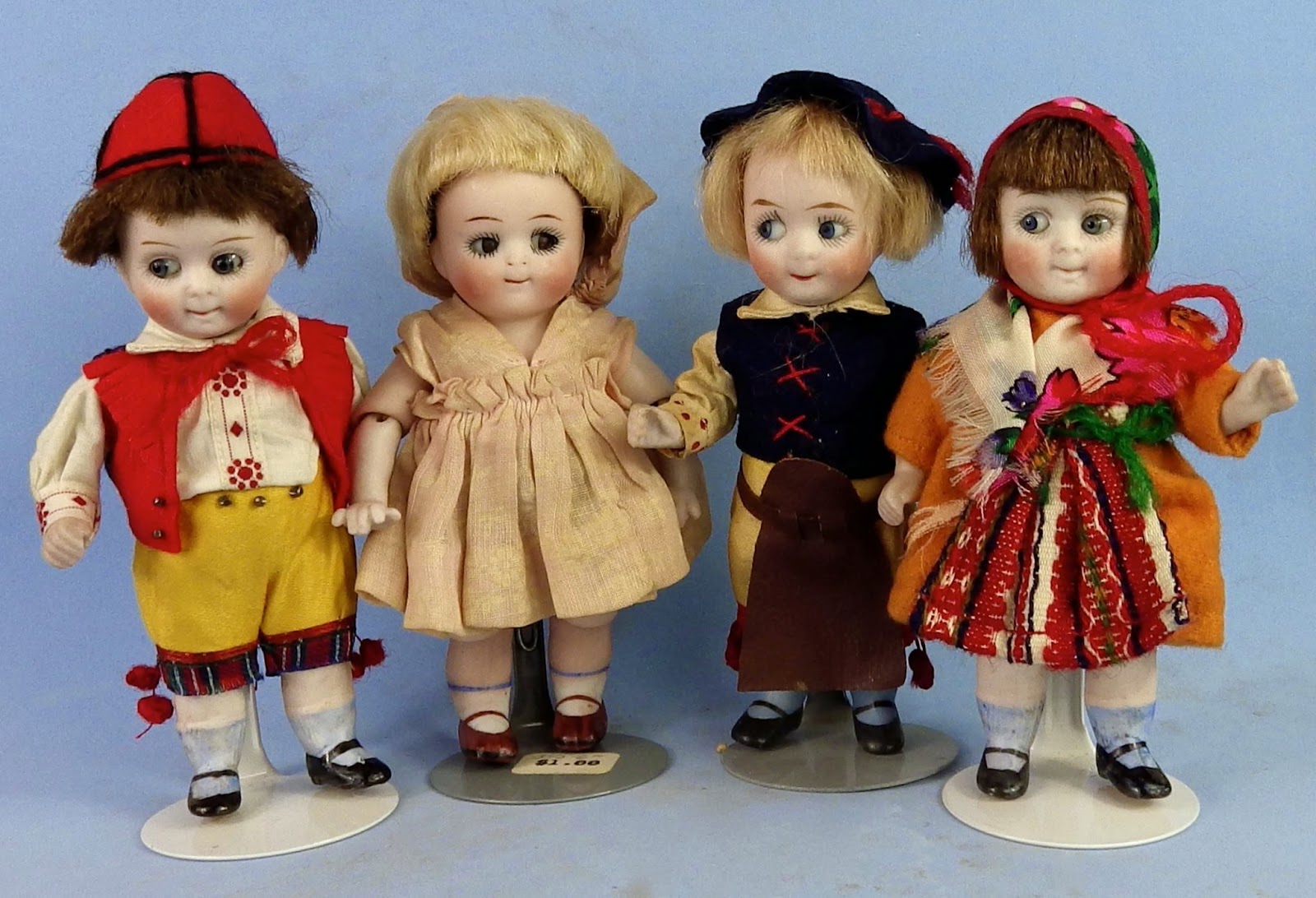 However, there is a new 292 googly on the block, and I do mean new. These bug-eyed impostors started coming out of Germany shortly after reunification. They often come dressed in cute outfits made from vintage-looking fabrics (clown outfits and sailor suits seem to be the most popular styles), and sometimes are sold in their "original" boxes or tied to their "original" display cards. 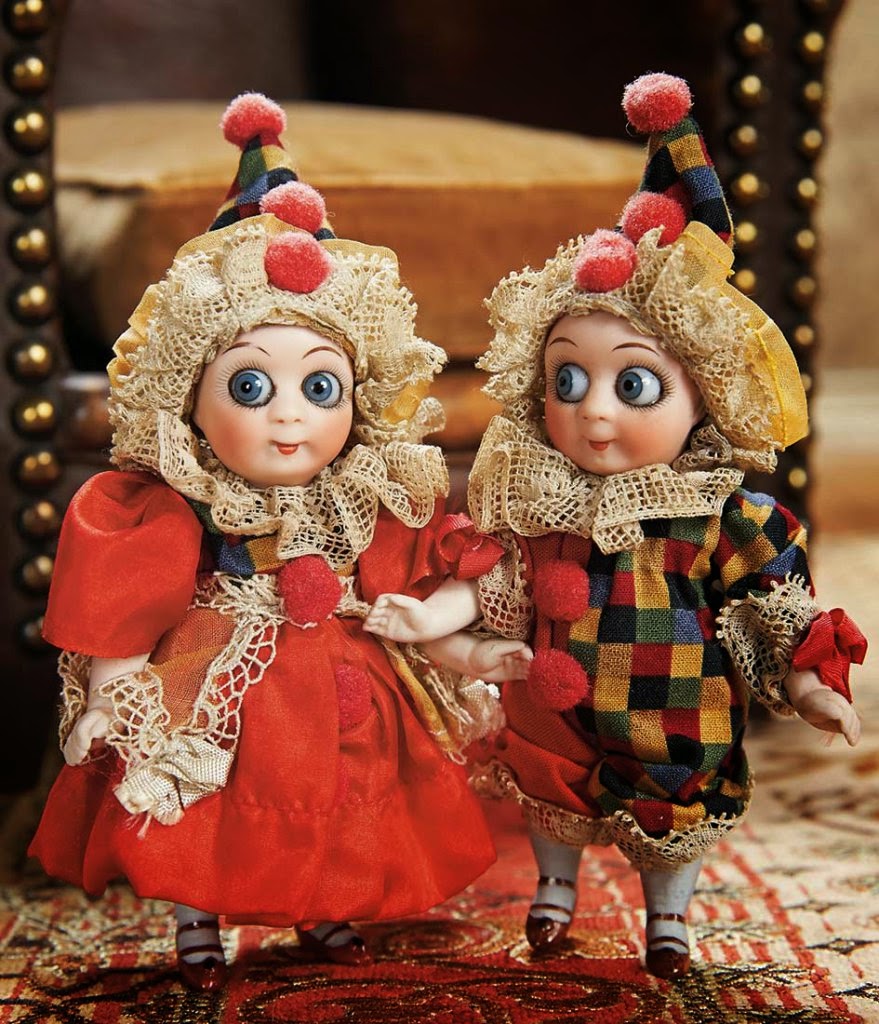 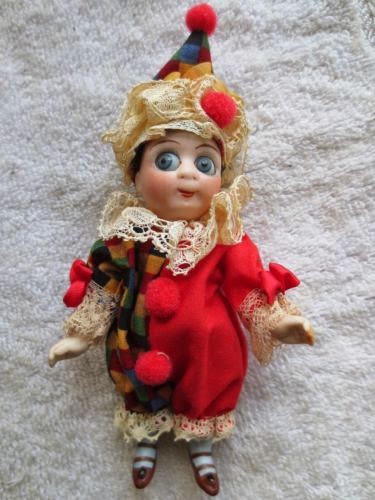 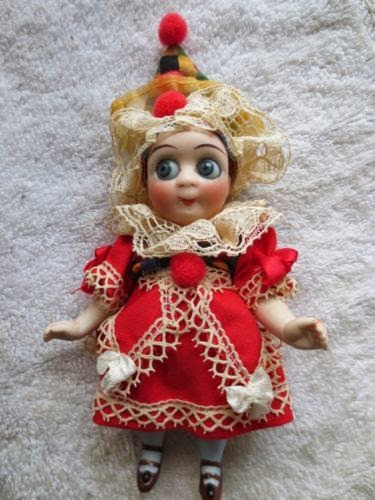 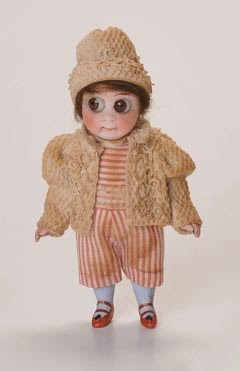 Here is one of these new notorious 292 German googlies undressed. The eyes are too large and round and the lashes splay out like bicycle spokes. Undressed you can see that the arms are too big and a poor fit to the body. Googlies should have chubby toddler bodies, but the fake has the pear-shaped body of an earlier style of all-bisque doll. Instead of the chubby legs with molded socks and plain Mary Jane shoes, the fake has the shirred stockings and two-strap shoes typical of earlier all-bisque girl dolls by J.D. Kestner.  The proportions on the doll are all wrong because it is an amalgamation of parts from different dolls. The cute costumes not only make the dolls very marketable, but disguise all these faults. The bisque and painting on the German fakes are generally very good. 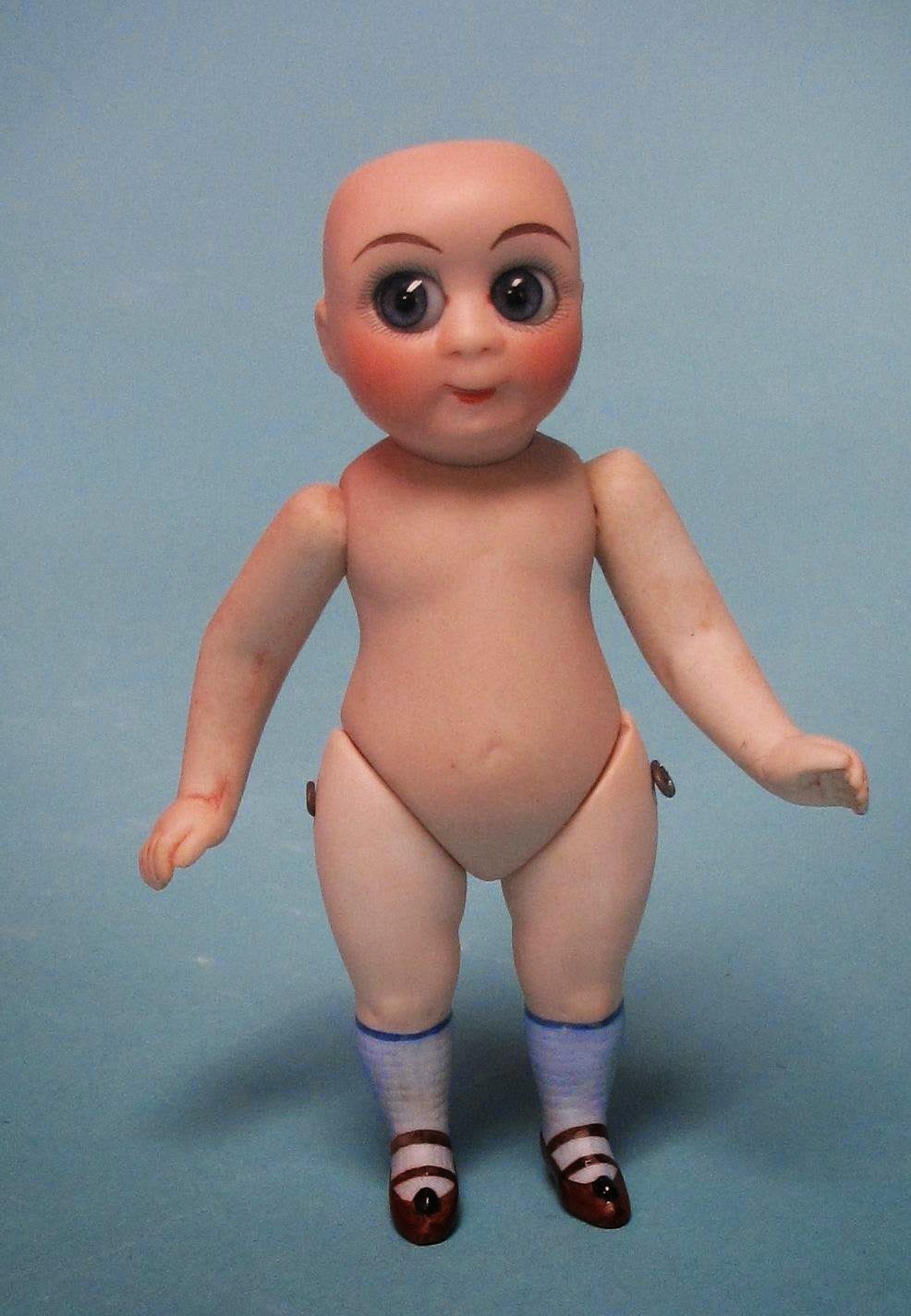 On March 31, 2009, Yvonne Baird interviewed renown doll expert Jan Foulke, author of the authoritative "Blue Books," for the National Antique Doll Dealers Association.  You can still read the interview here (scroll down to "www.nadda.org, 31 Mar 2009" and click on [cached]).  In that interview, Ms. Foulke has this to say about the fake 292 googlies coming out of Germany:

Right now, in the field of antique dolls, my biggest concern is the many fakes currently entering the doll market. Many of these are coming from Germany. Some disreputable dealers are saying they have dolls from the old factories, when actually what they have is dolls made to look like they came from the old factories. This is particularly happening in the field of small all-bisque dolls. You can go on a large internet selling site and see these small dolls being misrepresented. Many of them are being sold as all-original pairs tied on cards, as sets of salesman samples in boxes, as five little dolls on a card. There is one googly being widely sold, which is totally bogus. In a very deceiving way, it is marked 292, which is also a legitimate Kestner googly number.  However, the fake googly never even existed as an old doll. Be wary of Heubach all-bisque children, especially in original boxes. Many of these fake dolls are now being resold and beginning to show up in US auctions, dealers' ads  and booths at doll shows. I am afraid that they will be around to haunt us for a long time.

"Antiques and Art in New South Wales" magazine also carried a warning regarding the fake 292 googlies in its May 2012 edition.