In Austin, we are now into the dog days of summer, those long days of simmering searing heat. The term comes from the early Greeks, who noted that beginning in late July Sirius, the dog star (because this bright star was the "nose" of the constellation Canis Major) appeared to rise before the sun, heralding the hottest season of the year.  However, summer heat has not slowed down this pair of  playful pups, each engaged in tugging off one of the stockings of his mirthful mistress.  These figurines are fairings, small inexpensive bisque or china pieces often given as prizes or sold as souvenirs at fairs from the mid-1800s through the early 1900s.  Made in Germany, many fairings carry a caption; here each fairing features the motto "Lucky Dog."  There is a bit of a double entendre here, as "dog" could also be slang for a chap or chum.  And indeed any man allowed the privilege of stripping a stocking from such a lovely leg would consider himself a lucky dog indeed! 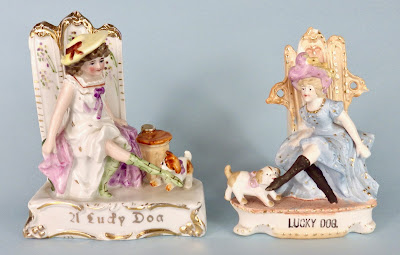 Of good china, and nicely decorated and detailed for this type of inexpensive novelty, this coquette and her canine companion is 4 inches long and 5 inches high.  It is marked only with a freehand black “63” inside the base. 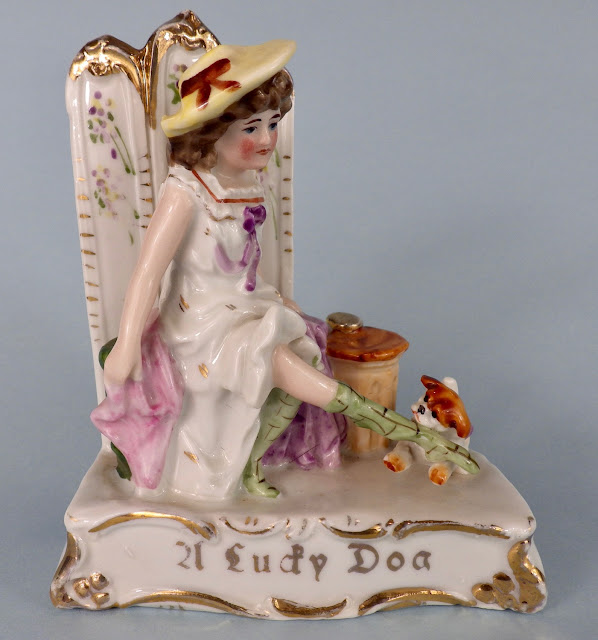 This bisque version is 4 inches tall and is stamped "Made in Germany" in black underneath.  Of good bisque, the painting is bright and gaudy with gilt, but somewhat slapdash and hasty, typical for many fairings. 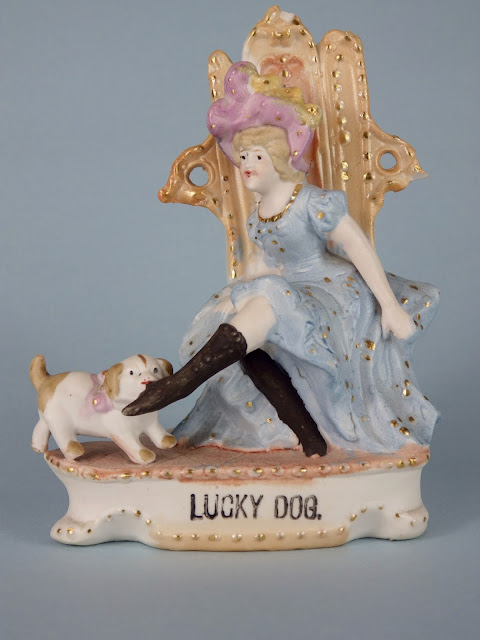