Spain appears to be the land of mujeres misteriosas.  This unusual and sultry señorita recently arrived from that country.  Of a hollow papier mache material this exotic beauty is 17 inches tall,  Her size and the fact that her arms are on adjustable wires (which would have allowed her to be more easily dressed and posed) indicate that she may have been intended as a countertop mannequin.  Those arms are bisque, tinted brown, and had I not seen earlier the same model with the identical style of bisque arms, I would have thought they were replacements.

The other example was fair complexioned with pink bisque arms and looking closely at her face and hairline, it does appears she may have started out with a lighter skin tone. 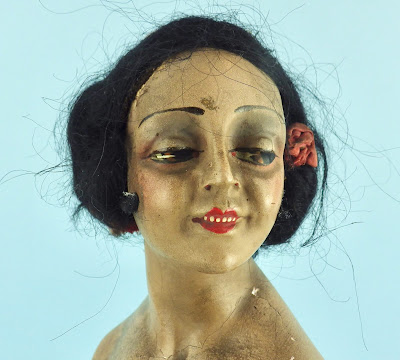 However, her original wig certainly indicates she was created to be an olive-skinned Spanish beauty. 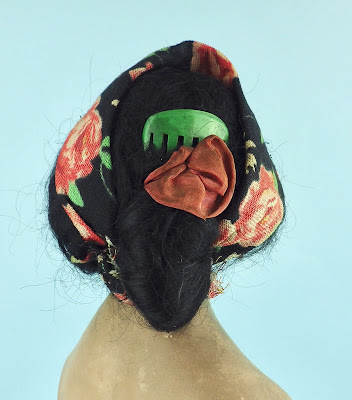 She is superbly sculpted, both back and front, from her shapely legs to her flirtatious face.

There is a single tantalizing clue to this baffling beauty's origins.  On the back of her base are the initials "M" and "R" intertwined in a circle, which would seem to indicate either her manufacturer or designer.  However, I have been unable to track down the name behind these initials. 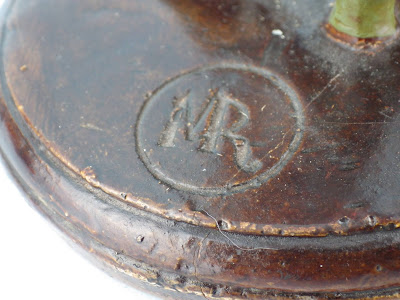