Romance comes to all in Summer, Spring or Fall
It came the day that I met you
And though you may seem a sweet and happy dream
Yet all the time you knew it was untrue
There's nothing left for me of days that used to be
I live in memory among my souvenirs

Some letters tied with blue, a photograph or two
I see a rose from you among my souvenirs

This tiny brass souvenir album from France certainly contains "a photograph or two."  Just 1.5 inches tall and one inch high, it is beautifully embossed with an art nouveau pattern. 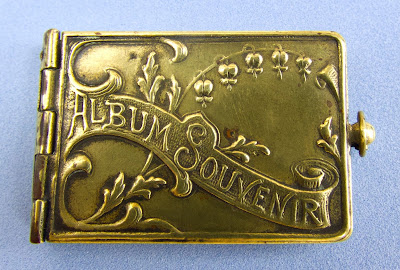 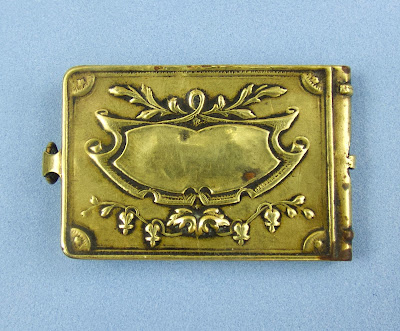 Delightfully detailed, the edges are molded to appear as the edges of the interior pages. 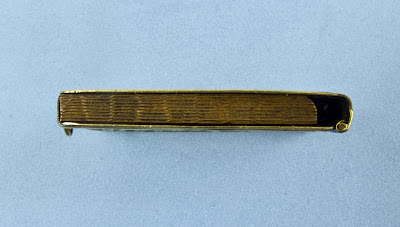 It opens to reveal an octet of early photographs of very buxom beauties in various poses "plastique." 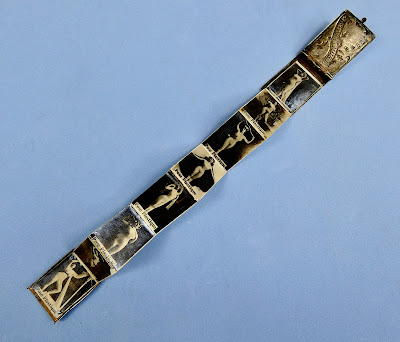 Although at first place these luscious ladies appear to be nude, they are in fact clad in form-fitting maillots. 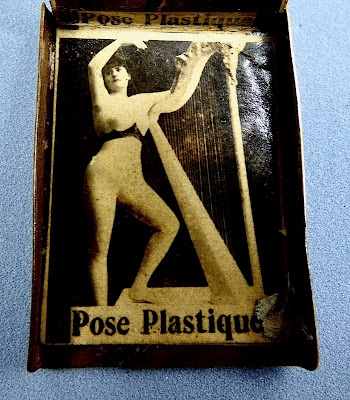 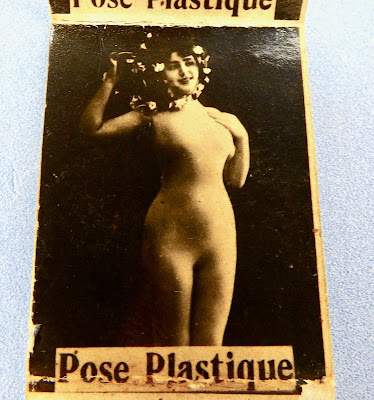 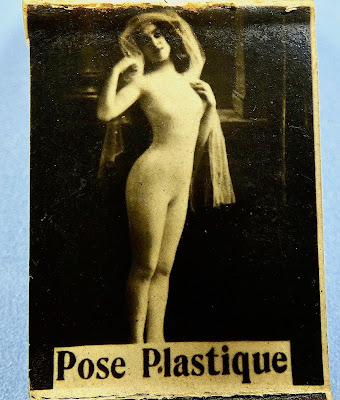 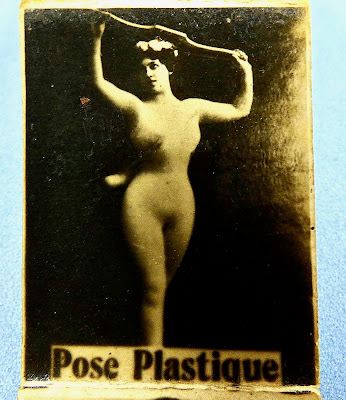 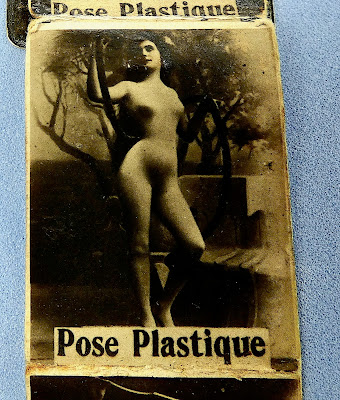 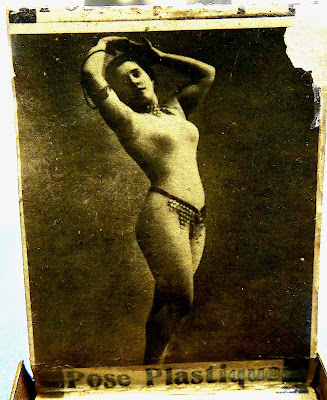 Another Reutlinger picture, this one a portrait of Caroline Otéro.  "La Belle," as she was known, was a Spanish actress and dancer who starred in Les Folies Bergère in the early 1900s.  A great beauty famed for her hypnotic dark eyes and curvaceous physique, she was one of the last great French courtesans.  Although blurred,  the Reutlinger signature and "Paris" are just visible in the lower right corner. 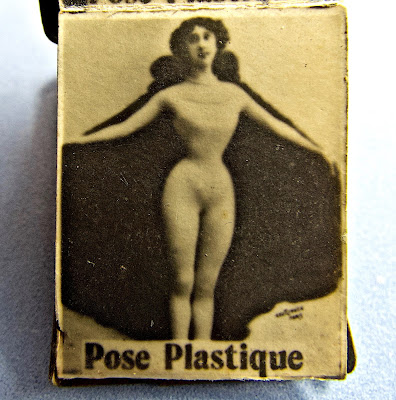